WATCH IN 4K ON YOUR SMART TV

The Biggest Night In Roping - Streaming in 4K

Experience Team Roping like never before with two of the hottest teams in roping going head to head and streaming in 4K.

Subscribe to X Factor Roping and watch the biggest names in roping with the Monday Night Match. Join now and unlock your FREE 3 DAY TRIAL.

Our first Monday Night Match head to head match roping and 4 team undercard was a huge success! You can still start you free trial and watch one of the best roping events of the year.

The next Monday Night Match will be held December 19th @ 7pm CST so sign up now and be one of the first to watch!

Featuring The Best Teams In Roping Streaming in 4K Only at X FACTOR TEAM ROPING

Get To Know The Teams

Travis Graves has PRCA career earnings of $2,225,956, including one NFR average title and 14 NFR qualifications. This Jay, Oklahoma native has won the Bob Feist Invitational, the Lone Star Shootout, the USTRC Open two times, and the Wildfire Open three times. 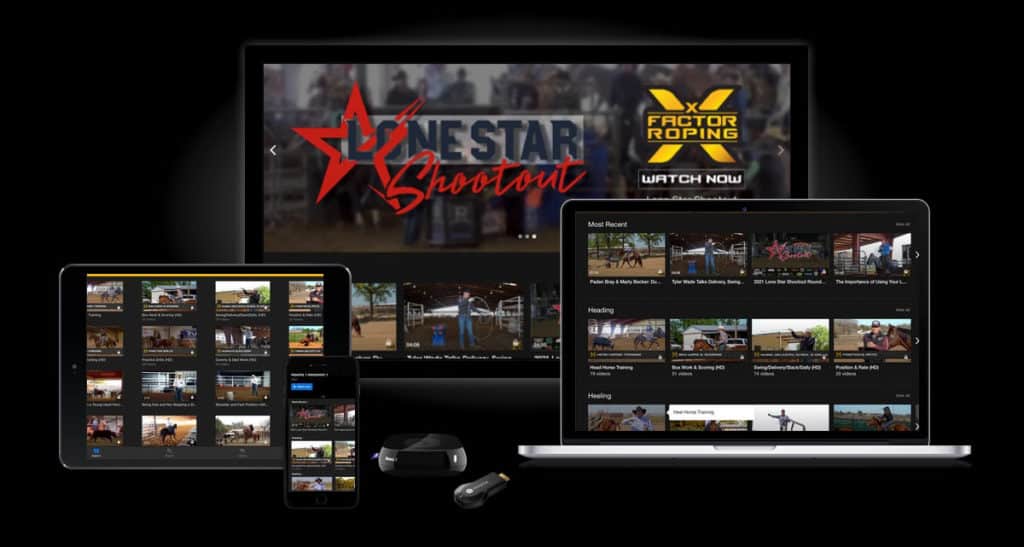 When can I watch the Match Roping?

The first Monday Night Match roping will be streaming on XFactorTeamRoping.com and the X Factor Roping app on November 21st at 7pm CST. Future match roping's will be announced shortly.

You'll have access to re-watch the event as long as you are an X Factor Roping member.

How much does it cost?

An X Factor Roping subscription is required to watch the Match Roping. Two convenient options are available either monthly or yearly. The first 300 customers who purchase early will have access to a 30% off discount code for either subscription option. Cancel any time.

The livestream is also available as a one time pay per view cost of $29.99. This will get you access to watch the roping live on November 9th at 7pm CST and also access to rewatch at any time for up to 72 hours after.

All existing X Factor Roping Pro Members will have free access to the livestream. If you are interested in becoming a Pro Member and all of the benefits it provides, learn more here.

How can I watch the livestream?

Search your app store of choice for the X Factor Roping app or watch on xfactorteamroping.com

The #1 roping app in the world is available on Roku, Apple TV, Amazon Fire TV, Google TV, iPhone, Android, iPad, or your computer.

The event will be streaming on XFactorTeamRoping.com on November 21st at 7pm CST. You will have access to rewatch any time as long as your X Factor Roping subscription is active.

PAY AS YOU GO